There are many ways to go “green” and there shouldn’t be any excuse as to why you cannot start living “green,” considering the effects of global warming. In fact, various news reports show that humans are actually the ones causing the climate change and its adverse effects on the environment. According to an article in CNN:

Human activity has caused at least half of climate change in the last half-century, hundreds of scientists say. They are 95% certain of this, the surest they’ve ever been, says a United Nations report published Friday.

We are seeing the consequences already in extreme weather patterns, particularly drought and flood, and they will probably get worse this century, the report said.

“It should serve as yet another wake-up call our activities today have a profound impact on society, not only for us, but for many generations to come,” Michel Jarraud, head of the World Meteorological Organization, said at a news conference in Stockholm, Sweden.

What can a regular person do, then, to help reduce greenhouse gas emissions and other factors causing the planet’s deterioration? One way is by implementing home improvement projects that are beneficial to the environment, such as energy-efficient roofing in Folsom, CA or Carmichael. In fact, a project such as this will not only save the planet and the homeowner’s family, but will translate to long-term savings for the homeowner as well.

Energy-efficient roofs, doors, and windows can also lower the home’s energy consumption by helping seal air leaks, improve ventilation and insulation, and ensure that the house is adequately warm during winter and cool during summer. In addition, having energy-efficient home parts contributes significantly to a reduced amount of trash in landfills, as these home upgrades are truly resilient.

Now is, therefore, the time to have old roofs and windows repaired or replaced with energy-efficient ones, to help cut down energy consumption and, consequently, utility bills. Folsom and Carmichael roofing companies such as Yancey Home Improvements offer energy-efficient and eco-friendly products that cater to a homeowner’s specific needs and budget. Investing in projects beneficial to the environment, through professional home improvement companies that support the same vision of a safe planet for future generations, is one small undertaking any homeowner can ever do for the safety of the human race. 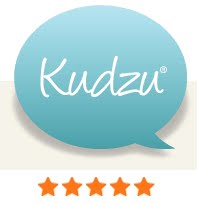